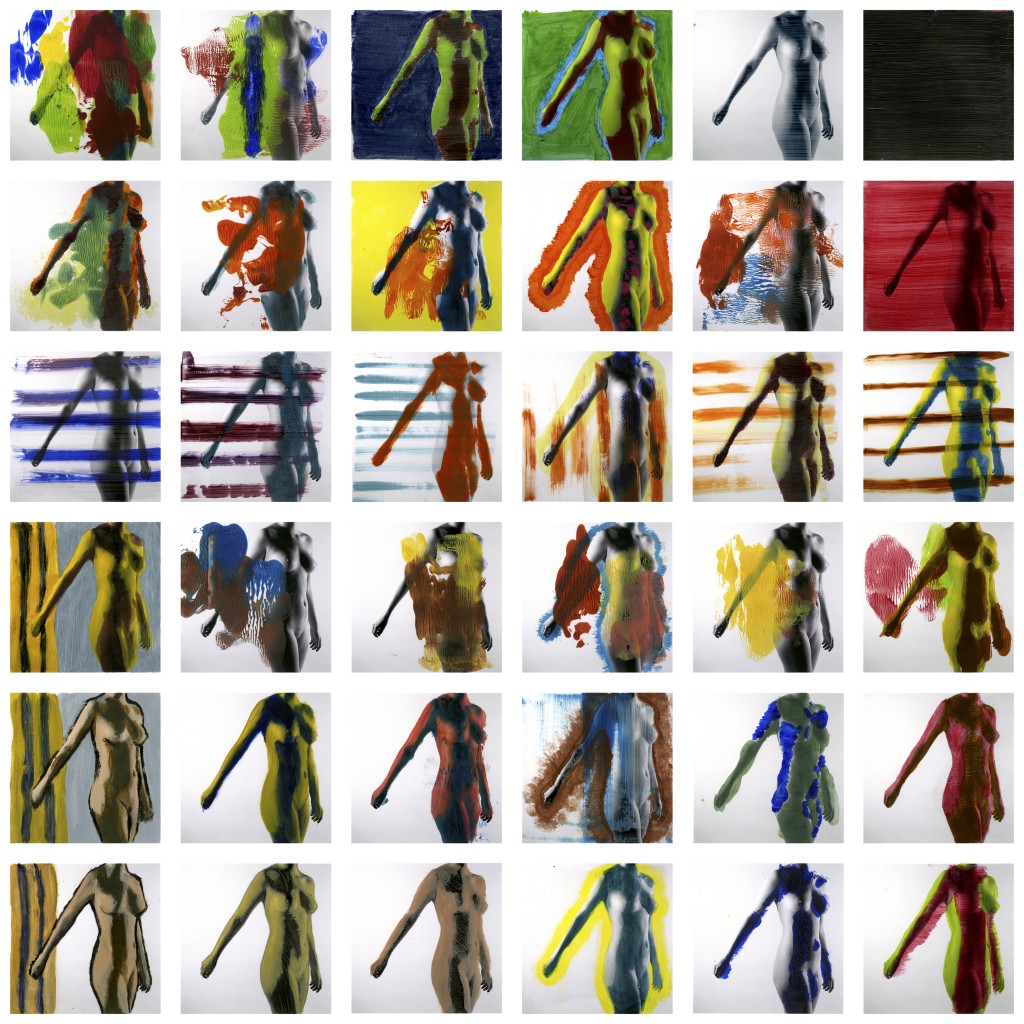 This project was inspired by a painting by Roger Hilton called ‘Ghislaine and Grey Nude’.  Making a piece of work that responds to something so concrete was a new way of working for me, but I certainly enjoyed it. The mixture of medias was also a different experience and although this is the only mixed media project I have done I would like to try more of it.

For inspiration I also looked at well-known artists like Andy Warhol, Robert Rauschenberg, Willem de Kooning and the more contemporary painter Ian McKeever. It was quite helpful and encouraging to look through their work and I believe some of the influences are rather visible in my final piece.

“Paintings with their colour, their tonalities, their extensive light and shade, compete with nature. They try to seduce the visible, to solicit the scene painted.” (Berger, p. 50)

I chose to use painting and drawing on my photographs because I wanted to achieve some of this effect and I didn’t feel that I could do the same with the camera or with Photoshop. I wanted the work to have the texture and depth that many of the abstract paintings have.

There was quite a bit of experimenting, both with nude photography, sizes and qualities, before I ended up with these images, then I printed off a bunch of them on matt paper and got out the paint. I had to use both the traditional paintbrushes, in different sizes, but also cans and other more creative tools to achieve the effect and texture I wanted. By rolling the cans over the images I managed to achieve a similar effect to some of McKeevers work.  It is said that abstract art requires great formal discipline, and by using the photographs as a ‘template’, I was able to keep some order in the chaos.

The project is about the female body, how we have the power to disguise us self, and how originality is so hard to achieve these days. It also comments on how there always seems to be an underlying sexual meaning in popular culture and media. My title “Disguised Nudes” reflects some of this, but still gives you, as an audience, a chance to make your own interpretation.